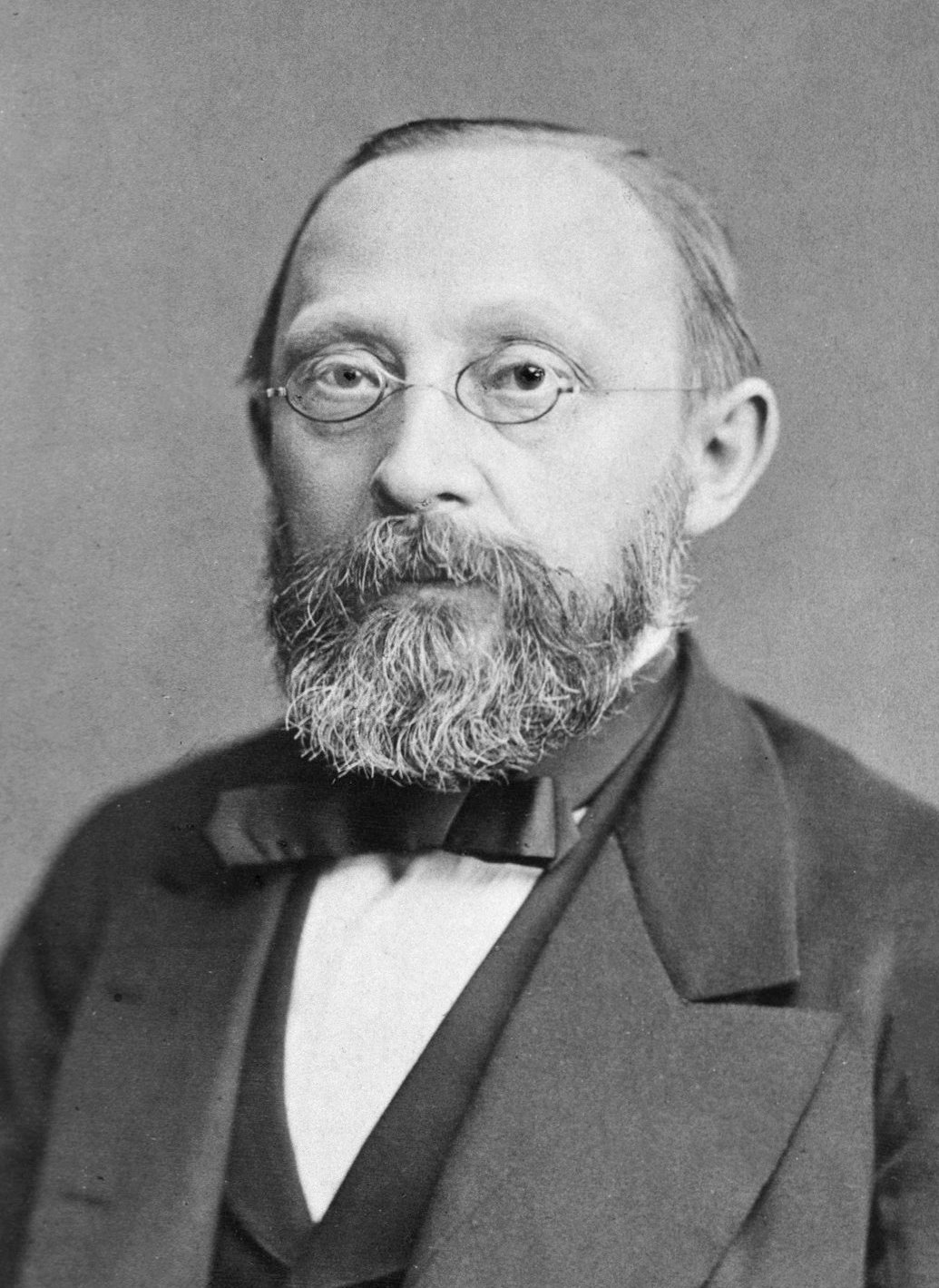 Rudolf Ludwig Carl Virchow (; or ; 13 October 18215 September 1902) was a German physician, anthropologist, pathologist, prehistorian, biologist, writer, editor, and politician. He is known as "the father of modern pathology" and as the founder of social medicine, and to his colleagues, the "Pope of medicine".

Virchow studied medicine at the Friedrich Wilhelm University under Johannes Peter Müller. While working at the Charité hospital, his investigation of the 1847–1848 typhus epidemic in Upper Silesia laid the foundation for public health in Germany, and paved his political and social careers. From it, he coined a well known aphorism: "Medicine is a social science, and politics is nothing else but medicine on a large scale". His participation in the Revolution of 1848 led to his expulsion from Charité the next year. He then published a newspaper ''Die Medizinische Reform'' (''The Medical Reform''). He took the first Chair of Pathological Anatomy at the University of Würzburg in 1849. After five years, Charité reinstated him to its new Institute for Pathology. He co-founded the political party Deutsche Fortschrittspartei, and was elected to the Prussian House of Representatives and won a seat in the Reichstag. His opposition to Otto von Bismarck's financial policy resulted in duel challenge by the latter. However, Virchow supported Bismarck in his anti-Catholic campaigns, which he named ''Kulturkampf'' ("culture struggle").

A prolific writer, he produced more than 2000 scientific writings. ''Cellular Pathology'' (1858), regarded as the root of modern pathology, introduced the third dictum in cell theory: ''Omnis cellula e cellula'' ("All cells come from cells"). He was a co-founder of ''Physikalisch-Medizinische Gesellschaft'' in 1849 and ''Deutsche Gesellschaft für Pathologie'' in 1897. He founded journals such as ''Archiv für Pathologische Anatomie und Physiologie und für Klinische Medicin'' (with Benno Reinhardt in 1847, later renamed ''Virchows Archiv''), and ''Zeitschrift für Ethnologie'' (''Journal of Ethnology''). The latter is published by German Anthropological Association and the Berlin Society for Anthropology, Ethnology and Prehistory, the societies which he also founded.

Virchow was the first to describe and name diseases such as leukemia, chordoma, ochronosis, embolism, and thrombosis. He coined biological terms such as "neuroglia", "agenesis", "parenchyma", "osteoid", "amyloid degeneration", and "spina bifida"; terms such as Virchow's node, Virchow–Robin spaces, Virchow–Seckel syndrome, and Virchow's triad are named after him. His description of the life cycle of a roundworm ''Trichinella spiralis'' influenced the practice of meat inspection. He developed the first systematic method of autopsy, and introduced hair analysis in forensic investigation. Opposing the germ theory of diseases, he rejected Ignaz Semmelweis's idea of disinfecting. He was critical of what he described as "Nordic mysticism" regarding the Aryan race. As an anti-Darwinist, he called Charles Darwin an "ignoramus" and his own student Ernst Haeckel a "fool". He described the original specimen of Neanderthal man as nothing but that of a deformed human. Provided by Wikipedia
1